UPDATE CAKE has resolved this malfunction by replacing all & displays that is being sent to all owners. You can read about it here.

While visiting my auto mechanic I left my bike outside of his shop for approximately one hour. It was 71 degrees with 51% humidity. 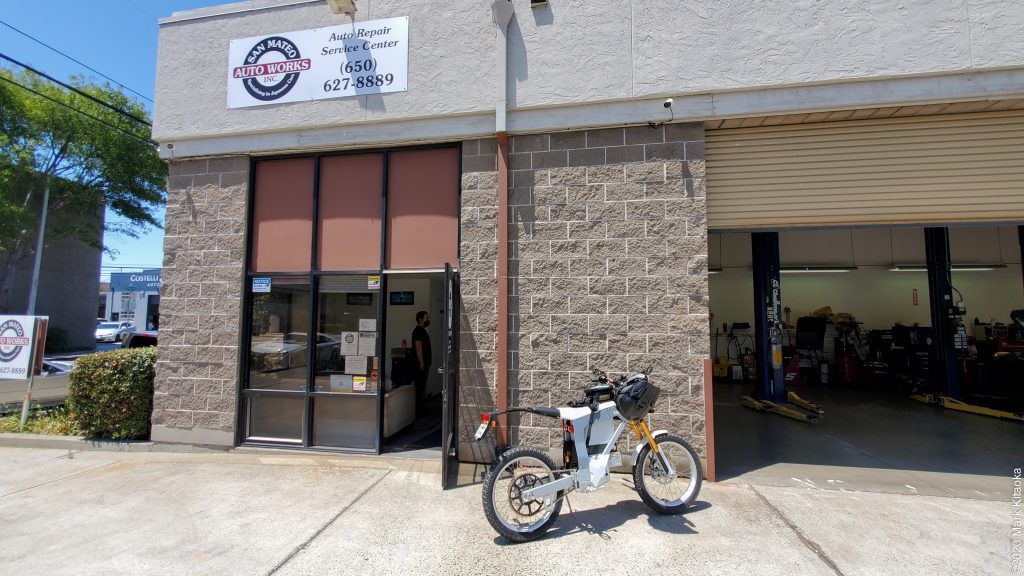 When I activated the key, instead of the normal boot up screen I received a firmware screen: 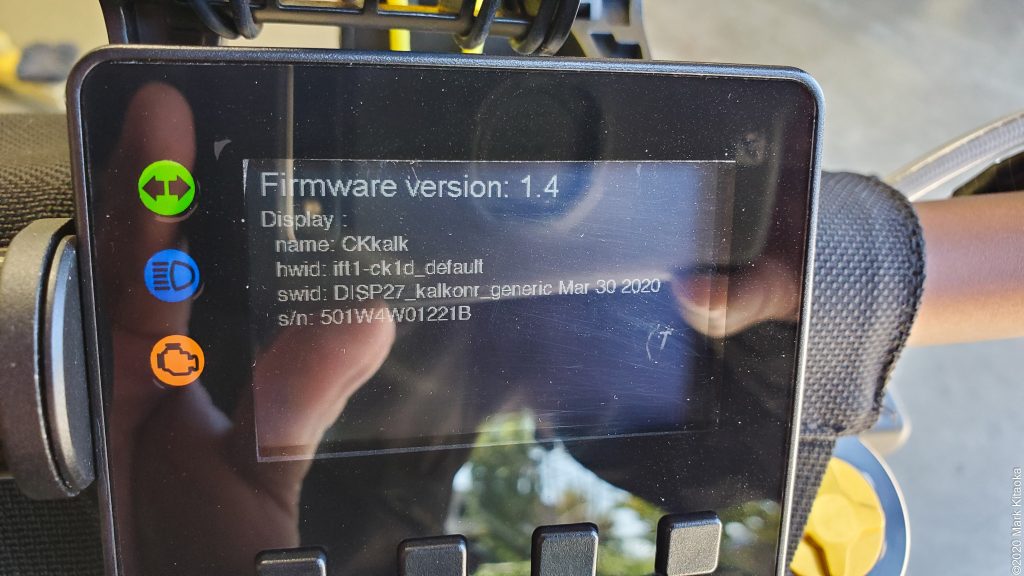 No matter which button I pressed the screen would not go away and most important the system would not boot. So I could not start the bike. Normally the Cake logo appears and a line crosses along the bottom of the screen from left to right. At which point the left most button is pressed to activate the bike.

My mechanic suggested I push the bike into his service bay so that I could call to arrange to have someone pick me up and he was willing to store the bike overnight until I could arrange to pick it up. I do not own a pickup truck so the plan was to rent one to take the bike home. Not a fun thought. After chatting  about EVs for ten minutes (He owns a Tesla S AND LOVES IT) I decided to try it once more and the bike’s screen went through its normal boot screens. I was able to start the bike and ride it home.

Cake was made aware of this situation and hopes to resolve it with the next Kalk& display release which will be sent to all current owners. My concern is what happens until then….

So rather than waiting and bitching if it happens again I decided to improvise a “Mickey Mouse” way to prevent a heat/sunlight malfunction. Simply placing some Velcro on top of the display and using one of my THOUSANDS of Velcro camera bag dividers when parking the bike in direct sunlight, I have my own little Cake Display Cabana to prevent future not able to start the bike solution! LOL Where there’s a will there is a way. 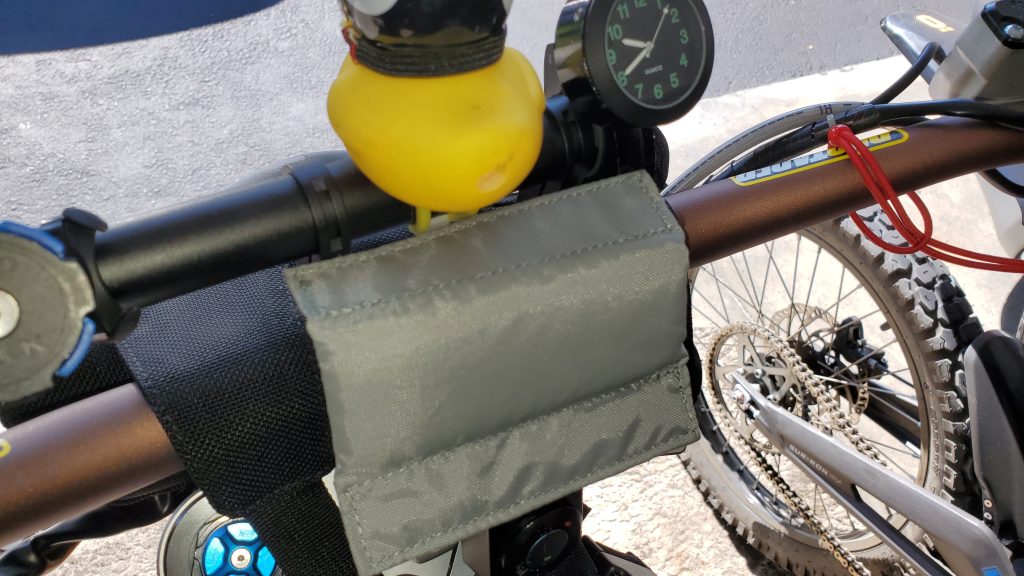