I was made aware of a YouTube site Electric is Better which posted a video titled “How To Get More RANGE On Your Sur-ron/Segway.” I was intrigued for two reasons, first I own a Sur Ron and although I had not been looking for extending its range I have been investigating methods to extend my Kalk&’s range.

His video described how he tested the range and battery usage he experienced by increasing the size of his rear sprocket. His logic is outlined in the video along with how EV differs from ICE assumptions. Because of his testing methodology it motivated me to spend the money and increase the size of my &’s 72t sprocket to the OR’s 80t. I had written to a man who makes sprockets but since he never even answered my email I wrote him off. I’d never recommend his site or work to anyone now. 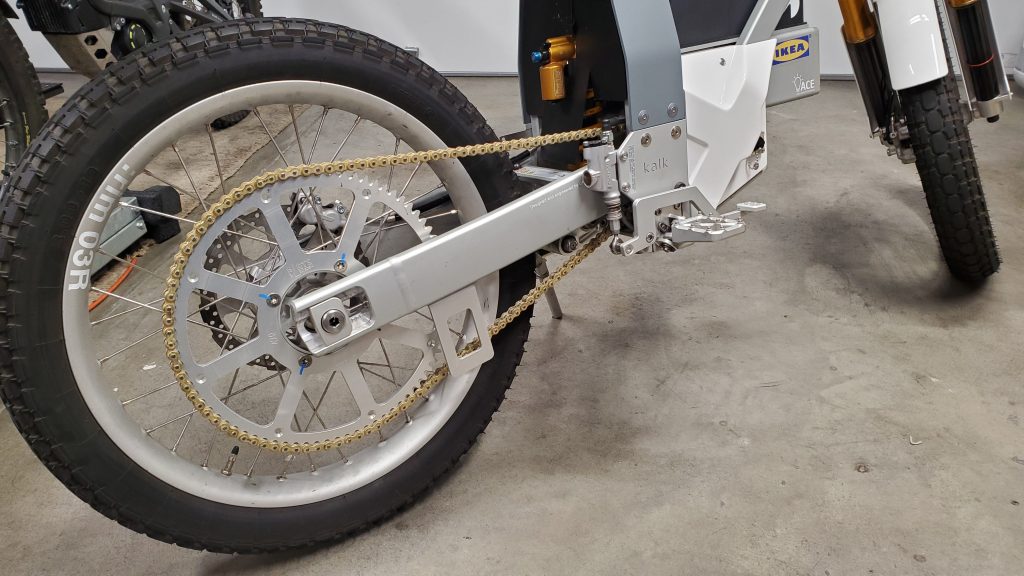 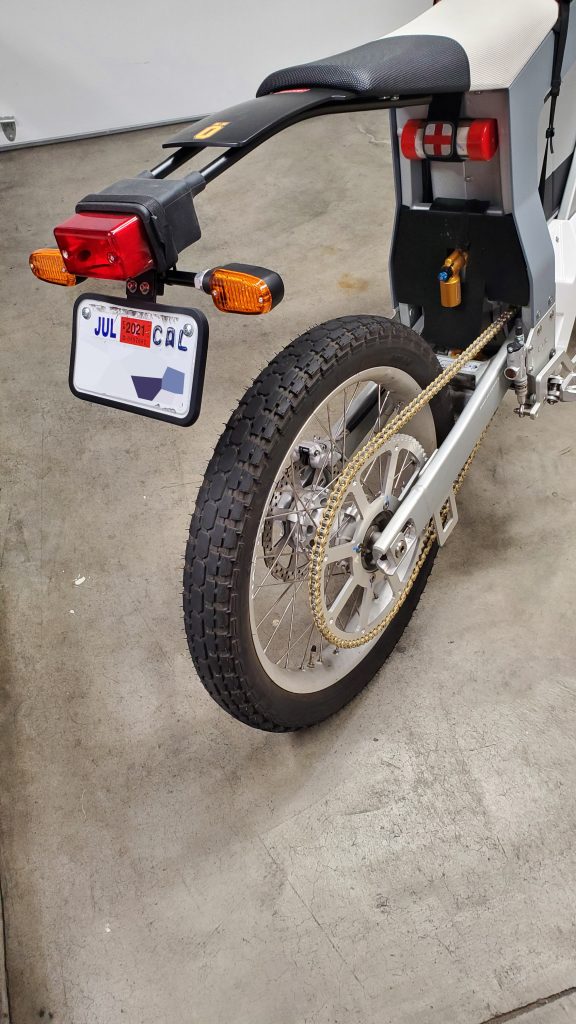 After switching to the OR sprocket I ran my own tests. I normally ride in level 3 for both power and regen so that was how I tested the new setup. At no time did I attempt to conserve battery energy as I rode as I like to do. I rode my normal route where in the past using the 72t sprocket I averaged 21 miles round trip. As you can see I am now getting 23 miles which is ‘about’ 10% more range. And I should also mention that with the 72t as I returned home at 21 miles the battery level indicator was blinking which indicates the battery is about to be completely depleted. (well not completely since the BMS reserves some power to protect the battery) This time the indicator simply showed empty but was not blinking even at 23 miles.

Later I tried using level 2 for power and still stayed in level 3 for regen. On the street I found the acceleration fine, but topping out at 34 MPH was not something I plan to use. On the dirt level 2 is fine, just not on the street for me. YMMV. I did not test the increase in range using level 2 power since I have never done a range test on the street or dirt with level 2 power for a comparison. I’m going to ‘assume’ that it would be on par with using level 3 power or even greater. 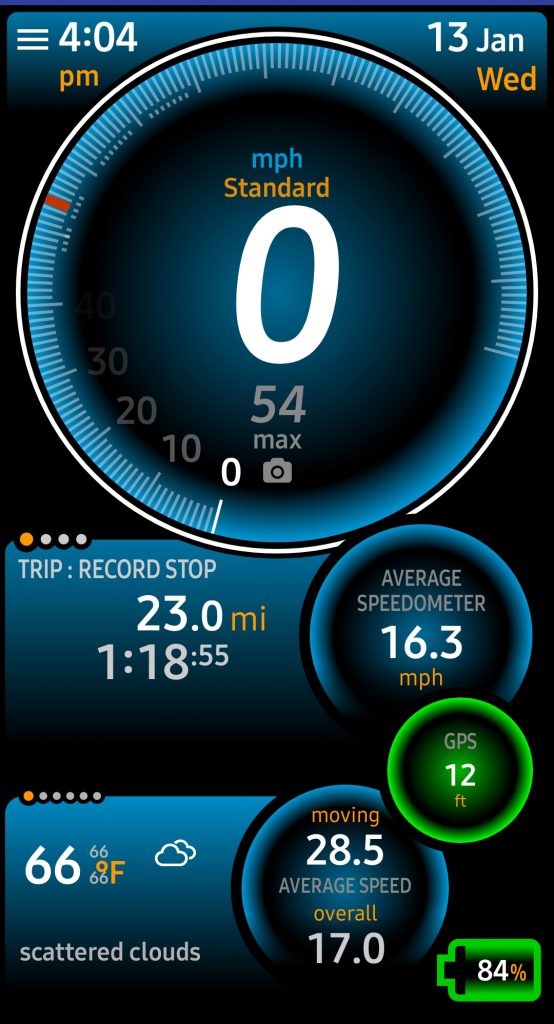 For those of you who are thinking ‘BFD Mark two lousy miles, REALLY?!“ Yes two miles is not a lot, but considering rather than pushing my bike two miles to get home two miles is a big deal to me. That and combining my method to charge at EVSE level 2 stations while out riding ALL DAY means that charging 2 or 3 times yields 4 or 6 extra miles. So until batteries can hold more, charge faster then this will have to do. Personally I’d rather find improvements than just bitch.

The top end is reduced as well. With the 72t sprocket I could achieve 61MPH (all of this is GPS measured btw) and now it tops out at 54MPH. Not a big deal to me since I’ve only tried my bike on the freeway once. It handles great at top speed, but the lack of power to go faster isn’t something I’m comfortable with anyway. Besides after road racing anything under 140 seems slow…LOL.

When I was explaining this change to my friend Tucker who has reviewed the Cake Kalk OR and & he wondered if sustained speed would show an improvement or decline in range. Those were my thoughts as well since with ICE bikes increasing the size of a rear sprocket increases not only the torque but also the RPM of the engine in proportion. A lower geared ICE engine is ‘revving’ higher and going slower and due to the lower gearing it’s using more fuel, aka gasoline – slower speed covering less ground revving higher using more fuel.

But as “Electric is Better” touched on, electric motors operate differently. Even though an electric motor is ‘turning’ faster being geared lower it does not mean it is consuming more energy, aka battery. Because the electric motor is not straining to maintain the speed due to lower gearing (more torque) it is actually using less energy, hence my increase of 10% in range.

I’m assuming that Cake went with a 72t sprocket for the & version to increase the top end of the bike since it’s meant to be used on and off road. And that makes sense. But in my testing losing 7MPH does not make a material difference for where and how I use my bike. I just wanted to pass along my findings to other owners and thank Electric is Better for alerting me to his own findings.