Update: December 1 2020 – You can read my discovery on how to charge at level 2 EV stations on this link.

I have owned my & for just over a month. In that time the charging times have come much more in line with Cake’s marketing materials, 0-80% in 1.5 hours and 81-100& in 2.5 hours. In speaking with those who are more knowledgeable than me about battery charging and BMS systems (like 98% of the population) it appears that the BMS’ overall balancing of cells has reduced or eliminated my prior issues. Same range, just a much improved charging experience.

Battery and Charging
I have had what I consider to be inconsistent charging times/levels compared to Cake’s marketing materials. I have found that the alleged charging time of 0 to 80% listed at 1.5 hours and to reach 100% from 80% adds another one hour for a total of 2.5 hours to NOT be what I have experienced.

Here are my lists of charging experiences:

I have been doing some range/battery charging testing this weekend and am scratching my head a bit. Yesterday I went on a ride. Here are the stats:

The route was on road only, varying terrain with uphill, downhill and flat sections, about equal for all three. Upon returning home I showed 2 bars on my display. I did NOT remove the seat to check the voltage or percentage of charge. I hooked up the charger and went inside. After dinner I went to check the bike and the fan on the charger was off and the second light was blinking, indicating the charger was completing a full 100% charge. About six hours later just before going to bed, I went back out and the bike was still charging on the blinking second light. So I shut everything down and went to bed.

This morning the battery level indicated 95% so I powered up the charger. After almost six hours the second light was still blinking and in seven hours the charger showed full.

July 27, 2020
I did a very short ride to my auto mechanic’s shop and when I returned home my display showed 3 of 5 bars left on the battery. I then placed the bike on the charger and started my stopwatch. I removed the battery so that I could photograph the battery and voltage levels: 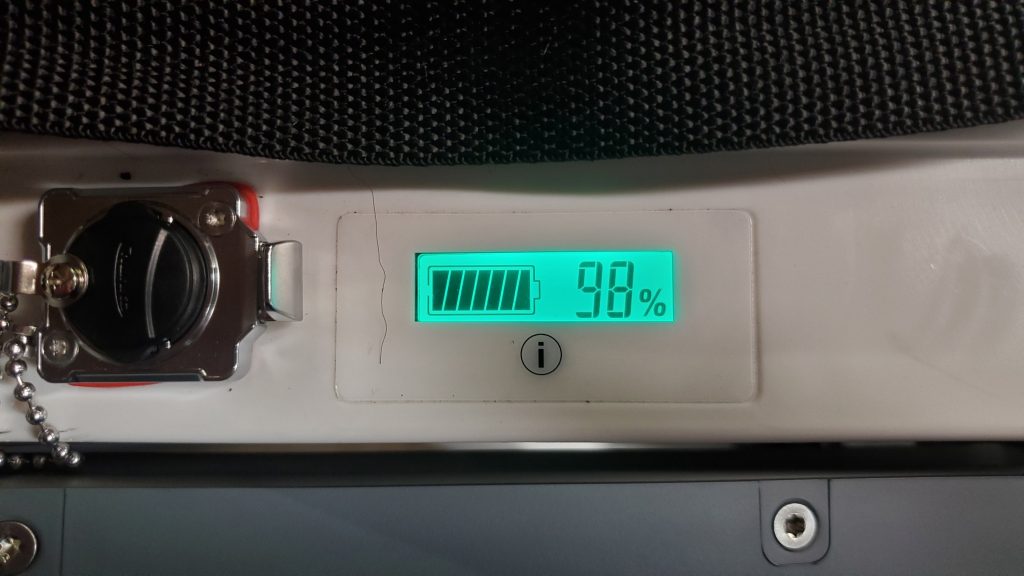 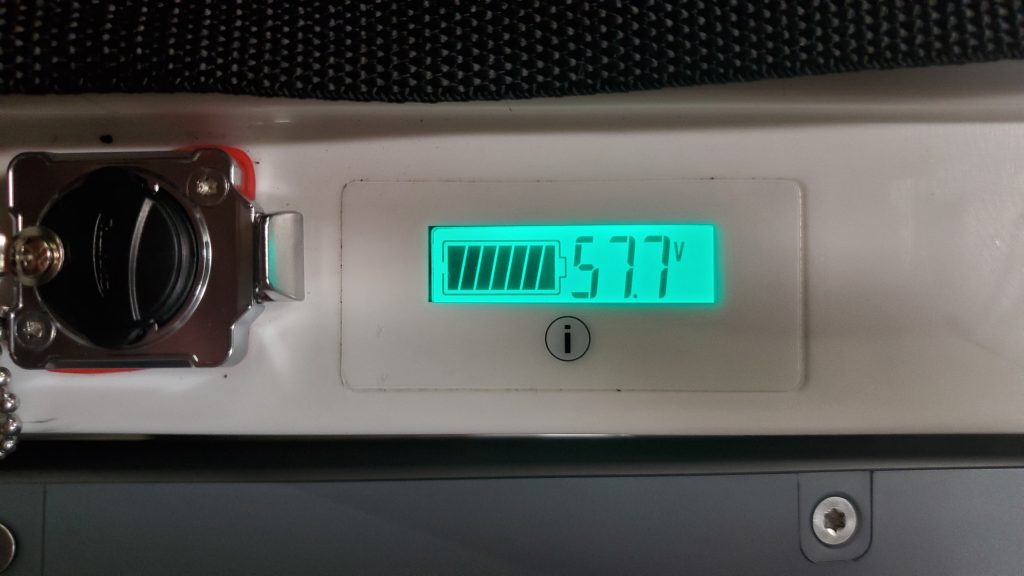 I should note that in several cases the bar display shows that I have xx number of bars before shutting down the bike. And when I am ready to ride (always during the same trip) when I engage the ignition the displays shows one bar more than when I shut the bike down.

I have notified Cake of these incidents and they are looking into it. Once I get definitive answers I will post them here.

On July 28 2020 I did a longer ride which involved up and down hills for a round trip of 22.8 miles. Level 3 regen and power levels during the ride. Upon returning to my home my display showed one bar, indicating 20% battery level remaining. So I placed the battery on the charger but this time instead of allowing the charger to remain on until it indicated “Full” I disconnected the charger at 3:03 hours. At that time the Charging LED (yellow) was flashing indicating that the battery had reached 80% charge and was being brought to 100% 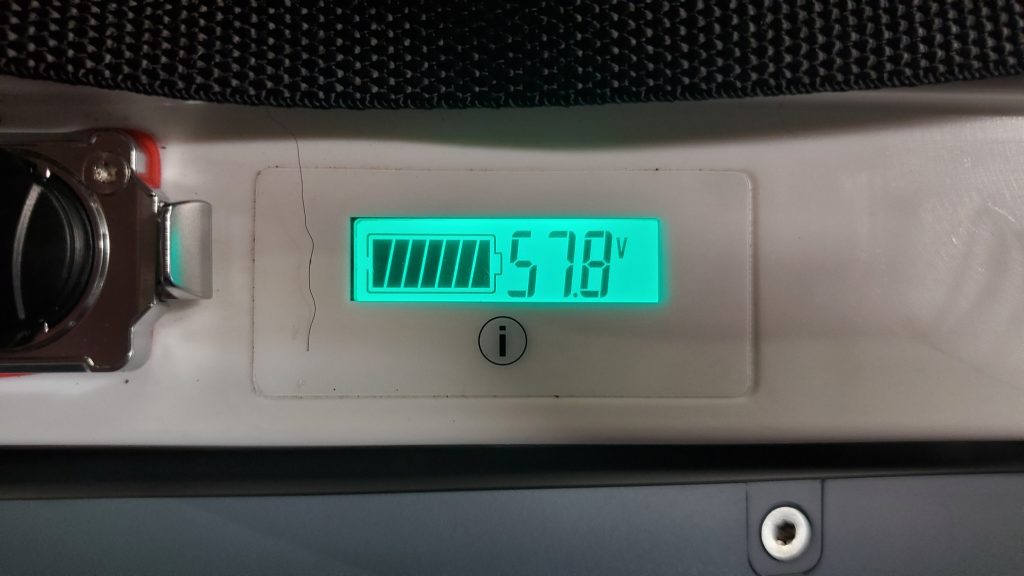 The next morning, July 29 2020 I powered up the charger and activated my timer and at 2 hours and 43 minutes the charger indicated the battery was full: 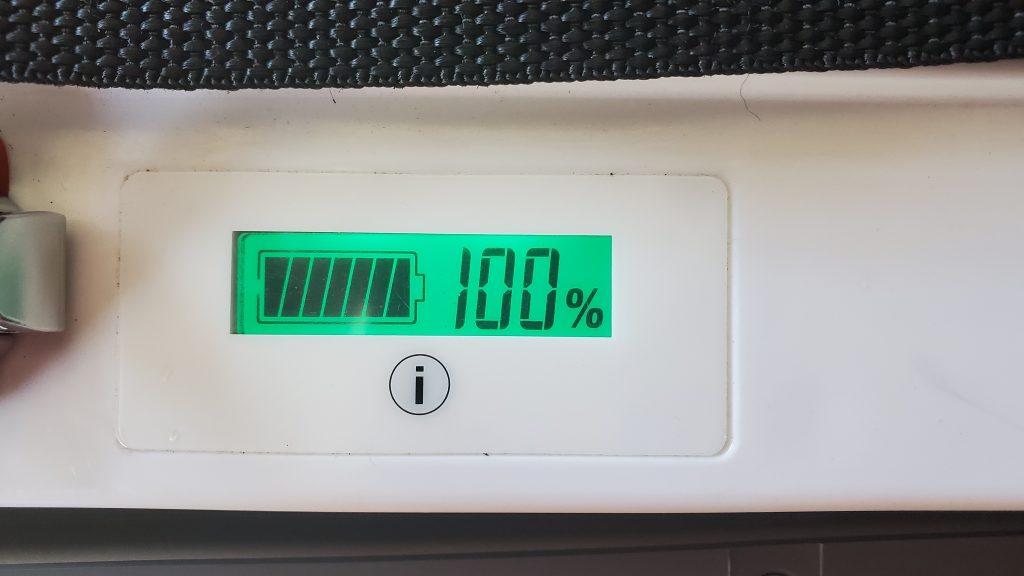 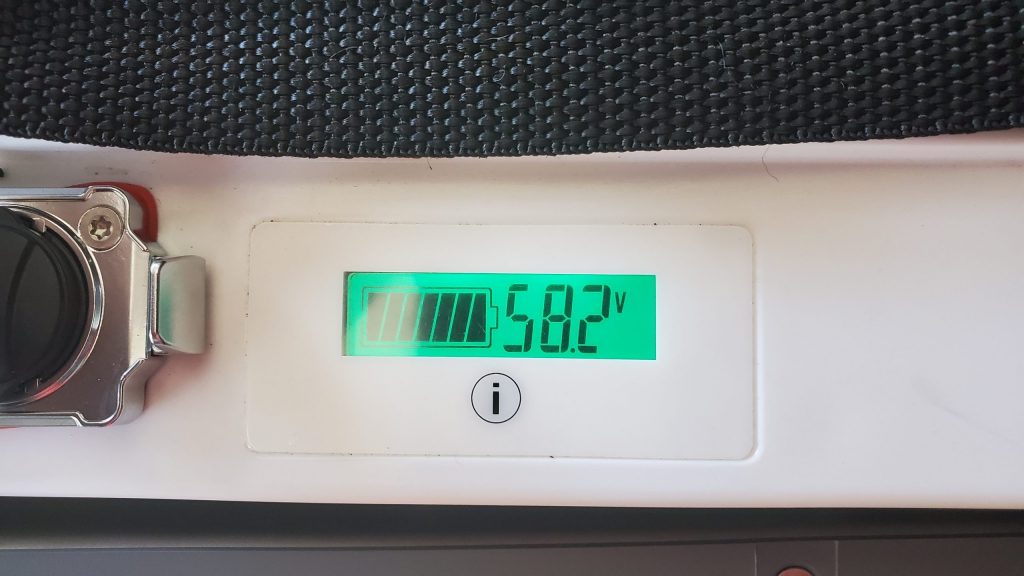 So in this instance using the new method of disconnecting the charger at around 3 hours, reconnecting it the next day ‘seems’ to have topped off the battery according the both the charger indicator and the level meter on the battery. And NO Cake’s claim of 2.5 hours from dead to full is not what I’ve personally experienced in my ownership.

There is something not quite right about Cake’s charging to have this many variables occur. Sure when I’ve developed products in a former life I took into account user error, temperature, etc. But because I’m intimately familiar with those factors I’m very careful about ruling out those aspects.

Yep this Cake is half baked and under proofed in terms of the charging. The frosting and presentation is world class, but the electronic portion needs improvements.

I did a final test of the battery charging and recorded video for time.

2 Bars remaining on the display after this ride which indicates 20% charge remaining: 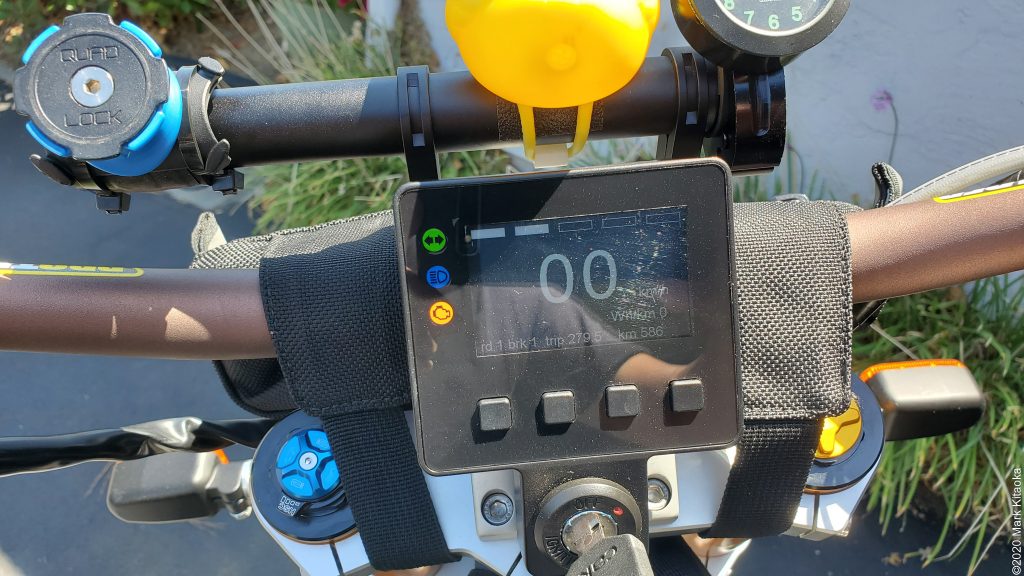 51.9 volts remaining according to the battery display panel 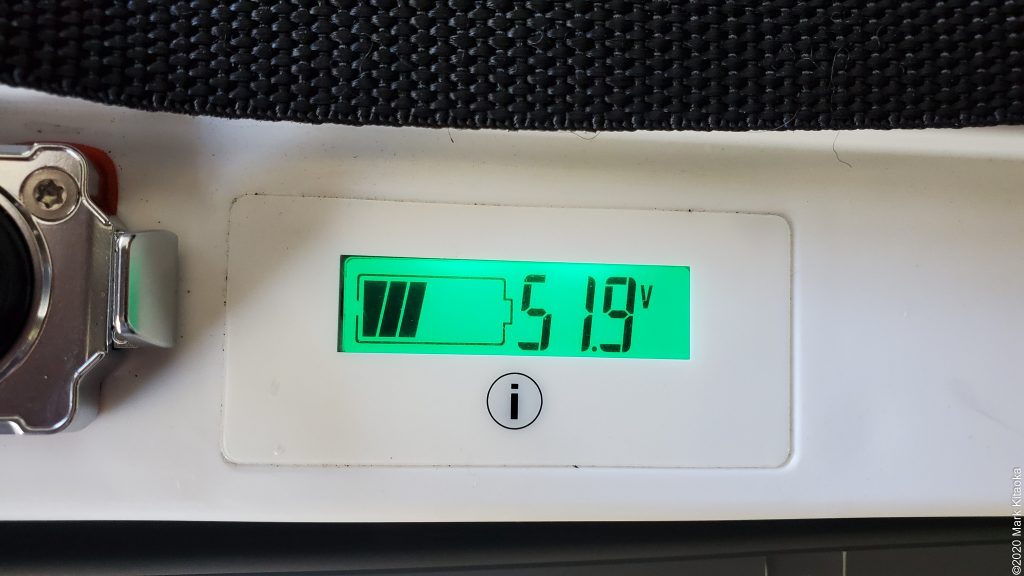 54% of charge remaining according to the battery display panel 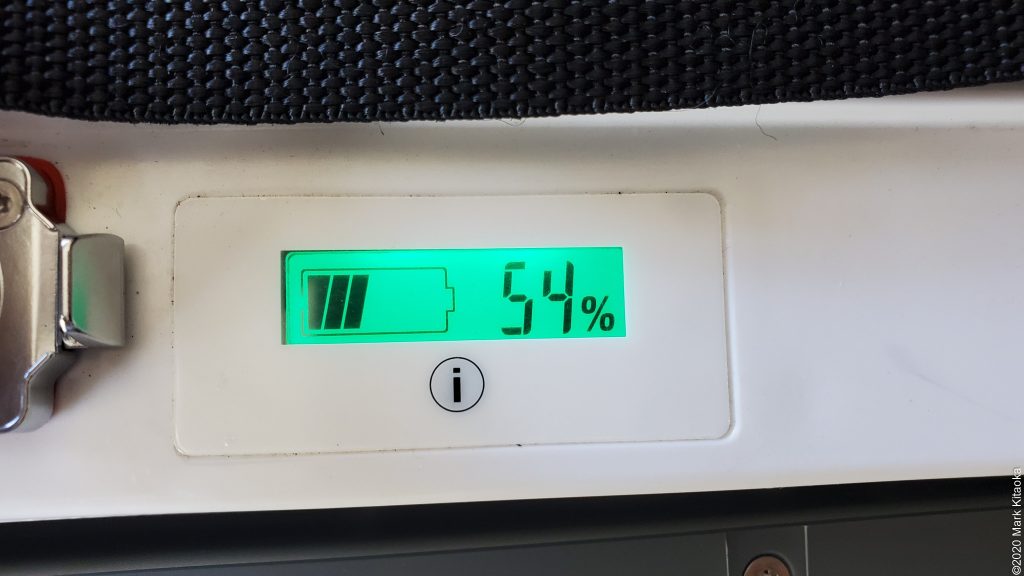 In the words of Paul Hollywood from the British Baking Show “This Cake is under proofed and under baked” when it comes to the battery charging indicators. I suspect that the BMS in the Cake ‘may’ be the culprit. I’m waiting to hear what Sweden’s engineers have to say….more to follow.