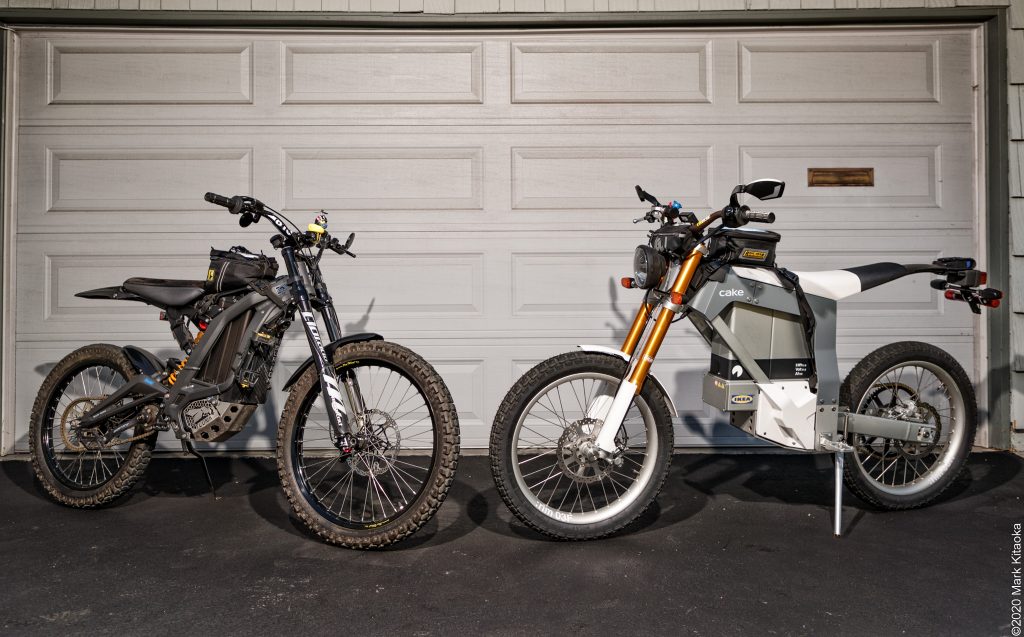 It’s inevitable that people want to know how a Sur Ron compares to other LEO (Light Electric Off Road motorbikes) bikes. In my case to a CAKE KALK& since I now own both. It’s just human nature. There are ride videos where the individual rides one, then the other and comments. I’m not a video guy so this is my way of conveying the differences I see between the bikes after only one week of ownership.

First of all my Sur Ron is anything but stock. I’ve made changes to the bike based on what I wanted to improve for handling and comfort for where/how I ride. 4251 miles in two years of ownership means I love riding the bike, LOVE IT. So here is my little comparison chart : 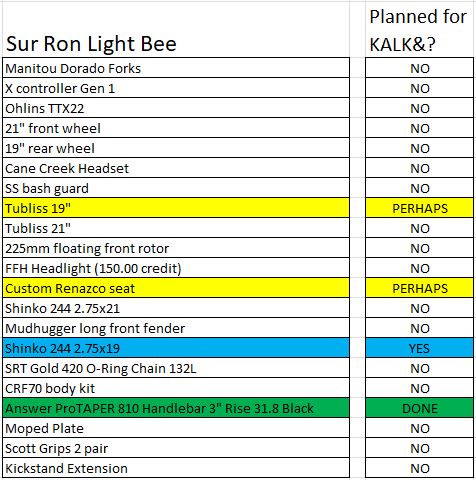 I’ve always been more attuned to handling and braking then brute power. Passing happened most in corners, late braking or coming out of corners and that’s where suspension and brakes can make or break a pass. Sure just like everyone I love power, but the reality is my late 89 year old mother can step on the gas, it requires little to no skill. Ah, but cornering, that’s a whole different story isn’t it?!

So today after exploring around my area I noticed a dual sport ICE bike at the head of the line at a traffic signal. So I split lanes and pulled up next to him. He was riding a Honda dual sport 250 single. I made no eye contact. He started to do his revving thing so I checked my six and no cops were visible. The light led us to an uphill overpass of the freeway. So when the light turned we both gassed it. Man the sound of a four banger single is really effing loud! Anyway Sofia just kept pulling and as I heard him shifting my lead increased whenever he shifted. We stopped at the next light and once again, he did his ‘brapp brapp’ so I obliged him on the green. Same thing, left him in my rear view. At the next signal there was no more ‘brapp brapp.’ I did notice out of the corner of my eye the rider looking down at the IKEA sticker on my bike. I giggled like a little girl under my helmet…..

What did that prove? Nothin’ really, just that my need to see what Sofia can do is all and yeah I miss competition. He was just average at shifting too. The reason I have spent so much time, money and grey matter to make my SR better for me was pure enjoyment. It has made my SR the best for me. I won’t be installing any ASI XXX or 2 billion volt nuclear battery on mine. Nope just not where I’m at now. The Bee I can ride ANYWHERE, because of my pedal kit. It has a moped plate but I never use it. I want to be seen as a bicycle.

The KALK& on the other hand IS a motorcycle, no two ways about it. There are fewer improvements I plan to make with the bike, because in my mind not many are needed. The Ohlins suspension is like butter dipped in KY jelly. The Formula brakes are like my old Brembos. The headset is conical and the build quality is the highest I’ve personally encountered. And it’s fully street legal…at least when/if the state of California issues me a license plate! James Renazco wants to build me a seat, but for now I’m fine with the OEM saddle.

The other night I opted to test the headlight. I went to an area where no one was around at 10pm. Did several hooligan things including riding up and down the stairs. Man that suspension is SO GOOD. And the headlight is good too, most likely since it has to be DOT approved. 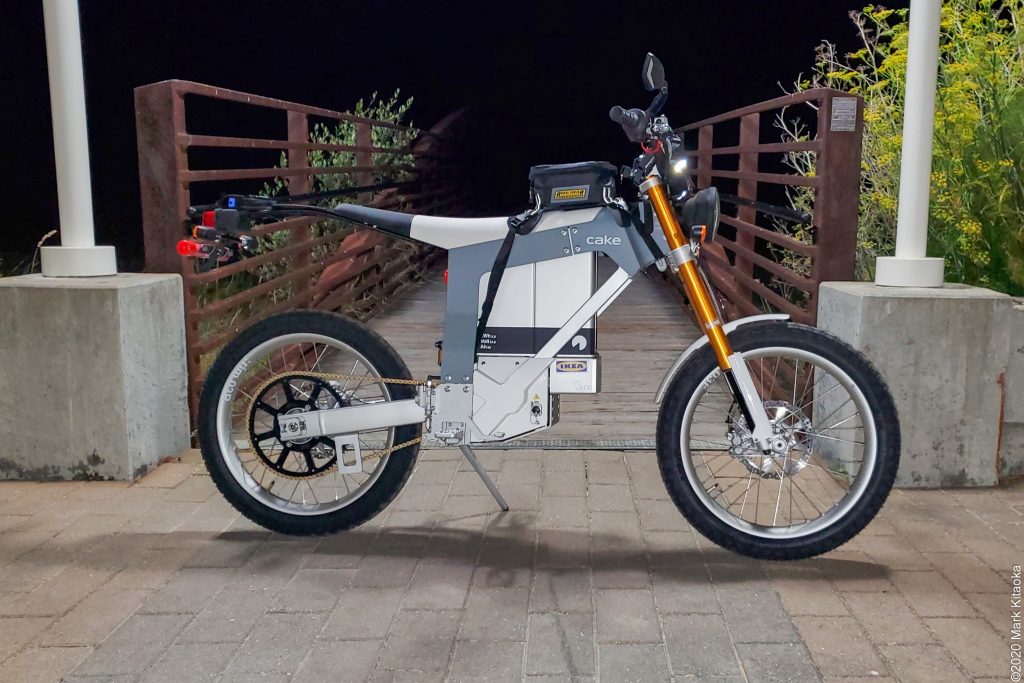 Both bikes have what I consider sub par documentation. It may be fine for others, but not for me. I like to know every detail of the bikes I own, it’s just my thing. I enjoy knowing.

I can’t ride the KALK& where I can ride my Sur Ron, and vice versa. So to own both is just right for me. And they will both fit in my Cybertruck too! LOL

My First Gallery of Sofia